Diana Bracco and Gianvito Vilé, winner of the Felder Award, appear at Trieste Next Festival

to talk about scientific research and the brain drain 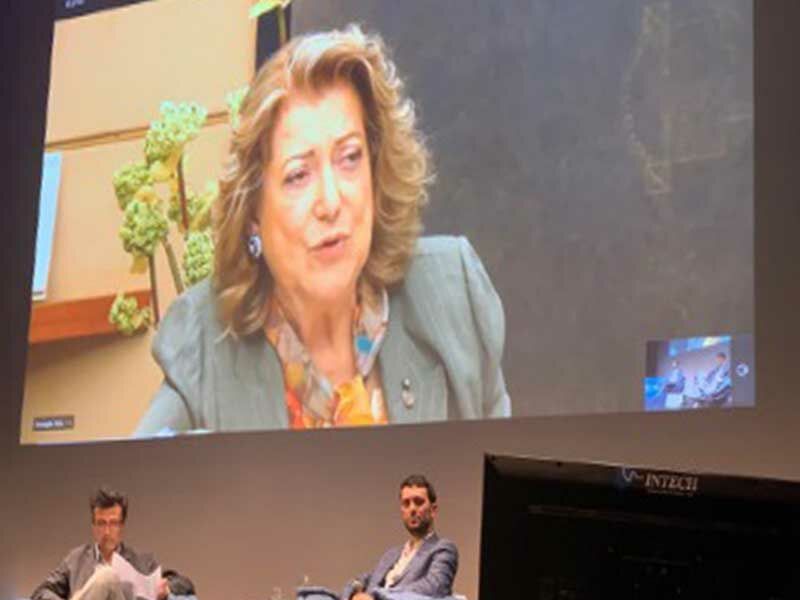 Diana Bracco and Gianvito Vilé, winner of the Felder Award, were two of the participants at the ninth edition of "Trieste Next", a national scientific research festival. Named after the great scientist Ernst Felder, the long-time head of the Bracco research division and discoverer of Iopamidol, a molecule that revolutionized diagnostic imaging, the Award, which includes a one-million-euro prize, was instituted by the Bracco Foundation, Bracco Imaging and Politecnico e Fondazione Politecnico di Milano with the purpose of attracting talented young Italian researchers who have moved abroad back to their home country.

Under the moderation of Gabriele Beccaria, editor of the "Tuttoscienze" section of La Stampa newspaper, the discussions at Trieste Next reviewed the current state of research in Italy, paying particular attention to the situation of young scientists.

"If there is one thing we need to learn from the terrible ordeal of the pandemic", observed Diana Bracco, Chair and CEO of the eponymous Bracco Group, "it is that we must never stop investing in research, for only science can protect us from current and future threats. Today the threat is COVID-19; tomorrow, it might be the effects of climate change. Meeting these challenges will require greater public and private investment, and a focus on Life Sciences, which are of strategic importance. Italy has earned itself an estimable international reputation for the excellence of its scientific research, yet, measured as a percentage of GDP, national expenditure on research and innovation (R&I) places Italy in only 14th place in Europe, on a par with Spain and Greece. Italy spends less than half as much on R&I as Germany, Denmark and Austria. This is one of the reasons for my heartfelt hope that part of the resources from the EU’s Recovery Fund will be channelled into closing the R&I investment gap. Likewise, I hope that the government will make use of the resources of the European Stability Mechanism to revitalize the Italian national health service across the country."

"More generally," continued Diana Bracco, "only R&I is capable of creating permanent jobs that have no need of government subventions, and only R&I will lead to the production of quality goods that can compete successfully in international markets. The many excellent Italian companies in our sector are already well aware that the path to growth is through R&I, and the other companies need to acknowledge this fact and start moving in the right direction."

Speaking before an audience of students and researchers, Gianvito Vilé described his personal experience. After graduating from Politecnico di Milano, he moved to Switzerland, first to TU Delft and later to ETH in Zurich where he expanded his knowledge of certain aspects of Industrial Chemistry. "My desire, however, was always to return to Italy and put the skills I had honed with many years of international experience at the disposition of my own country." he explained. The Felder Award helped him make his wish come true. His five-year research project is aimed at designing new and environmentally sustainable new synthesis processes for contrast mediums, including both those already in commercial use and those still under development.